We here at Ethics AdviceLine for Journalists sometimes clash over what is ethical or not.

The Steve Kroft affair is the latest example.

The veteran “60 Minutes” correspondent admits he had a three-year fling with a New York City lawyer, though both are married.

“I had an extramarital affair that was a serious lapse of personal judgment and extremely hurtful to my wife and family, and for that I have nothing but regret,” Kroft said in a statement to the New York Post. Both the Post and the National Enquirer published salacious text messages between Kroft and his lover, proving once again that anything on the internet is not private.

Soon after the scandal broke, an AdviceLine colleague wrote: “Are personal values/ matters the same as professional matters? Should I teach my students that I don’t care what they do in their personal lives as long as they make good ethical choices in their professional ones? Personally, this Kroft story does not interest me. His professional work does.”

Kroft is one of the most high-profile journalists in America. He has been a CBS newsman for 31 years, 26 of them as a correspondent with “60 Minutes,” which specializes in asking the high and mighty tough questions about their personal lives, their entanglements, their dalliances and the quality of their professional judgment.

Here’s what I say to my AdviceLine colleague: What people do in their personal lives reflects on their credibility and integrity. I don’t think you can separate personal and work lives that easily.

By your reasoning, we should have ignored Bill Clinton’s affair with Monica Lewinsky, as we did with JFK and his affairs. Looking back on JFK, journalists are criticized now for turning a blind eye to his dalliances. Now we’re more inclined to think about accountability.

Kroft is a very public figure by virtue of his role on “60 Minutes.” Part of his job is exposing the conduct of public officials. I would buy your argument if he were not a public figure. That is why, in ethics, we draw the distinction between public and private individuals.

Also, there is the issue of blackmail. Anyone involved in something he or she does not want the public to know is subject to the possibility of blackmail and manipulation.

Tell your students that they have to be smart enough to recognize that ethical values apply to all facets of people’s lives, especially to public figures, and that they, themselves, become public figures when they become very visible journalists. Think Woodward and Bernstein.

That’s why, these days, we encourage publishers and editors to avoid becoming involved in civic organizations, a practice that once was common, and to a degree still is. There is the public perception that if a publisher is an official on the board of a civic organization, he will favor that organization and give it favorable publicity. He also is seen likely to keep bad information about the organization out of the news.

The Society of Professional Journalists code of ethics warns journalists to avoid conflicts or interest, real or perceived.

All of this is in the realm of accountability, an issue we take more seriously these days. People with ethics issues should not be pointing fingers at others with ethics issues. “60 Minutes” sets very high standards and its correspondents should measure up to them.

You can argue that any American citizen is entitled to do those things, and you would be right. But I always believed that anything I did should be above reproach. Being a journalist was paramount. It is an honor, a privilege and a duty to be smart enough to avoid any activity that could tarnish my reputation, and the reputation of the journalism organization I worked for. 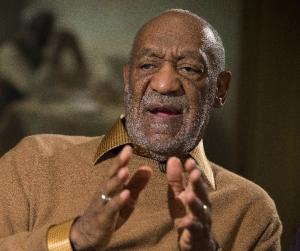