GamerGate from its beginning a year ago seemed touched by lunacy, and that was borne out when bomb threats forced the abrupt closure of a video-game program in Miami.

The Society of Professional Journalists event AirPlay aimed to pin down the social-media campaign GamerGate – whether it’s about journalism ethics and accurate reporting about the video-game industry, attacks on women in the male-dominated industry, or resistance to political correctness and censorship. Or something else.

The conference goal was to “make a good gaming press better, or a bad gaming press good,” said Michael Koretzky, an SPJ regional director who organized and moderated. The conference “concocted some novel yet practical ideas for achieving that,” he said, such as an SPJ award for games journalism or recruiting games media critics.

A Twitter feed and hashtag and a YouTube channel suggest the event provoked lively discussion. SPJ secretary/treasurer Lynn Walsh said “if mainstream media jumps on this, it should be done well and ethically.”

Topics included plagiarism, fabrication, anonymity, fair reporting and the performance of Gamer writers. Koretzky asked about a “troll patrol,” how to vet or write about their social-media statements, and how to expose anonymous digital mischief-makers.

Then it all ground to a halt.

Miami police cleared the building after a series of bomb threats, UPI reported. Breitbart.com reported that the event got 10 bomb threats before police stopped the program and moved participants out of the building and into the streets.

Koretsky said two separate conferences in the building drew about 135 participants, of which about 60 attended the AirPlay event.

AirPlay was supposed to teach us something about GamerGate. AdviceLine asked Koretzky what the abbreviated conference taught him.

“I learned I was right about one thing,” Koretsky responded in an email. “Face-to-face opens minds. As for the bomb threat, it was awesome. It happened only 30 minutes before we ended, and it made @SPJAirPlay trend worldwide.”

Such threats are not new to GamerGate. Earlier this year a bomb threat cleared 300 people from a Washington, D.C., event aimed at GamerGate supporters. And Anita Sarkeesian, creator of a video series of pop-culture critiques, canceled an appearance at Utah State University last year because of the threat of a mass shooting.

AdviceLine asked Koretzky if continued threats of violence prove that some of those GamerGate folks really are nuts.

“I knew some GGers were nuts from the get-go,” he said. “But I learned just how many aren’t. I’d say it’s 50-50 &ndash which might offend both sides. But really, that’s a ringing GG endorsement, since so many folks told me the stat was 100 percent.”

And what else did he learn from the event?

“I’ve been talking to some gaming journalists post-AirPlay about why it wasn’t covered. Interestingly, the reporters are cool, editors are not. So once again, it’s age more than philosophy.”

As for his next move, Koretzky said he’s considering hosting a feminism-and-media debate.

Mark Samenfink, a lifelong gamer, wrote that he was frustrated by the way the Miami GamerGate event ended.

“This feels like a hollow victory,” Samenfink wrote. “But since at least half of the event took place (and was streamed live, worldwide), it’s not completely hollow. I was excited all day, my hype was real, I sat down to watch the debates and was overjoyed by them, but this … it just killed the mood.”

Did the gaming press cover the event?

“No,” said Koretzky, “just the bomb threats, and some not even that. It says more in defense of GG than anything else to date.” 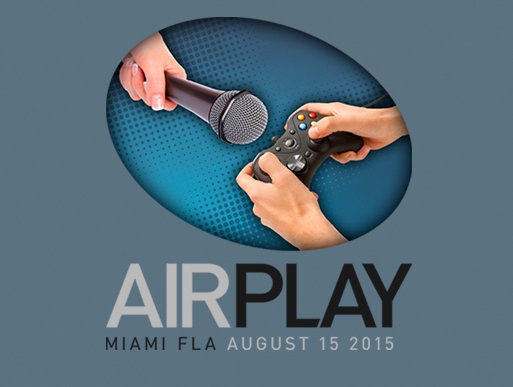 Is GamerGate about ethical violations in video-game journalism?

Or is GamerGate just a smokescreen for harassing women who want to work in the male-dominated gaming industry?

Or is it something else?

A live-streamed debate will sort it out Aug. 15 in Miami.

Elements in the controversy include the $15 billion video game industry, the video game press, game reviewers, developers, commentators and those who sell advertising in gaming magazines. It’s a volatile mixture.

Michael Koretzky, a regional director for the Society of Professional Journalists, organized the conference and will moderate. His region covers Alabama, Georgia, Florida and South Carolina. Sponsors are the region and SPJ Florida.

END_OF_DOCUMENT_TOKEN_TO_BE_REPLACED

Some might argue that it takes a certain amount of hutzpah to adopt a set of principles intended to curb the worst  behavior of journalists, sometimes seen by the public as an unruly bunch of ruffians.

But that’s what the Society of Professional Journalists did at its annual convention in Nashville. Actually, it was an updated, boiled down, tweaked, massaged version of a code SPJ adopted in 1996.

The framers of the new version started the revision process by arguing that the 1996 version failed to take into account all the technological innovation that has transformed journalism. Others argued that the ethical foundations of journalism don’t change, regardless of technological changes.

A reading of the updated code suggests that the foundationalists won, since the new code does not mention technology.  It’s a smoother read in places, but most of the original principles are still there, with some added emphasis on transparency and accuracy.

The code does not “sing,” as some journalists had wished, hoping that journalists who pride themselves as wordsmiths might have produced a more inspiring document. It tends to plod from one “do” and “don’t” to another.

But it is the nature of journalists to quibble about how things are worded.

The Society of Professional Journalists introduced its first original code of ethics in 1973,  causing a wave of consternation and congratulation among journalists.  Some thought a code of conduct was contrary to First Amendment protection of Freedom of the Press.

The reaction to the 2014 version was more subdued.

Kevin Smith, outgoing SPJ ethics chair, said one of the goals of the revision was to address “the growing problems with transparency, including news outlets failing to disclose clear conflicts of interest.”

Al Tompkins of the Poynter Institute pointed out that, at the same joint convention, the Radio Television Digital News Association disclosed its own proposed code of ethics.

“The SPJ and RTDNA codes are similar,” said Tompkins, “both focusing on accuracy, accountability and independence.” He also pointed out that the SPJ code took aim at using anonymous sources in stories.

Public Relations practitioners also would benefit from taking note of the SPJ code because it addresses two key issues: Anonymous sources and a prohibition against paying for access to news.

“So if you’re ever talking to a journalist to give information,” writes Ellis Friedman, “think twice about requesting anonymity….”

Most people might think that adopting a code of ethics is not especially controversial, but they should think again. Such efforts always trigger powerful emotions for one reason or another. Journalists can be fractious.

Among those is Michael Koretzky, an SPJ regional director, who complained that the society was unethical in the manner in which the code was rewritten, charging that it was done in secrecy. SPJ leaders were not pleased with his remarks.

And he complained that the new code was adopted by an antiquated method through representatives attending a national convention.

“The code may have needed a tech update,” Koretzky wrote, but “SPJ leaders clung to a century-old system that featured less than 125 insiders making the decision for all its 7,500 members.” Voting should have been done electronically, he argued, giving all members of the society a chance to vote on the updated code.

Koretzky promises that’s not the last word on SPJ’s code of ethics.

“But from bad things, sometimes good things come,” he wrote. “Already, work is underway on an alternate SPJ code of ethics.”