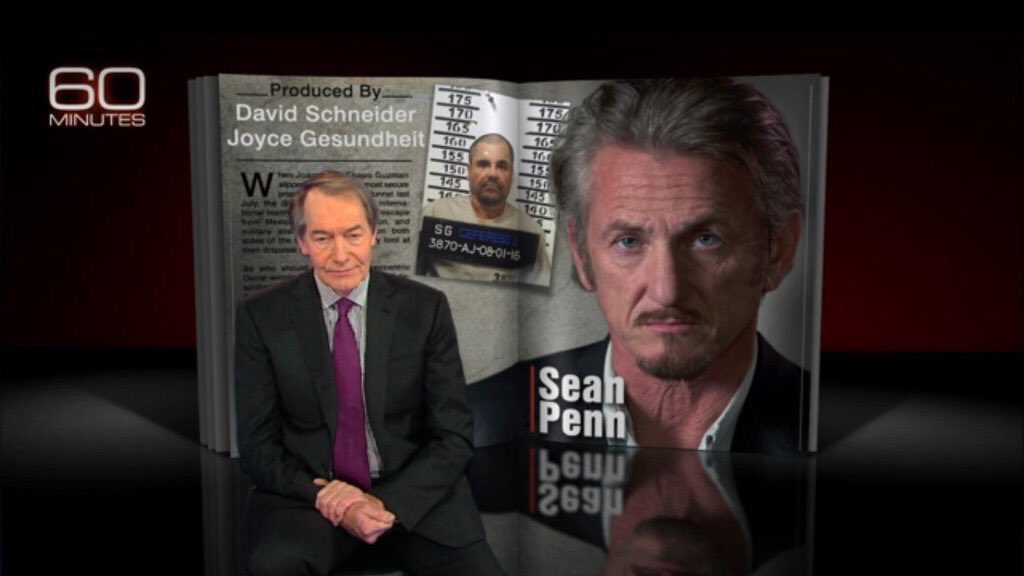 News as an experience, said the report, “plays to the strengths of digital and emerging technologies” such as virtual reality.

Penn did not come close to this kind of experiential journalism. He produced old-fashioned personal journalism, a description of what he saw and heard. He admits as much to “60 Minutes” correspondent Charlie Rose.

In the broadcast, Penn stammers his way through his description of experiential journalism. “I don’t have to be the one that reports on the alleged murders (by Guzman) or the amount of narcotics that are brought in. I go and I spend time in the company of another human being, which everyone is.

“And I make an observation and try to parallel that, try to balance that with the focus that we — that I believe we — we tend to put too much emphasis on.”

So he admits the 10,000-word Rolling Stone article is nothing more than his personal observations.

On “60 Minutes,” Penn criticized American journalists. “I’m really sad about the state of journalism in our country,” Penn said. “It has been an incredible hypocrisy and an incredible lesson in just how much they don’t know and how disserved we are.”

Rose appears to be coaching Penn, rather than allowing him to explain his motives for meeting Guzman and writing the Rolling Stone article:

Rose: You wanted to have a conversation about the policy of a war on drugs.

Penn said his Rolling Stone article failed because it did not lead to a larger public discussion on drugs. Instead, reaction to the article focused on him. The end of the Penn interview goes like this:

Rose: But — but you’re really saying, I — what I really regret is not anything that I did. I regret that people misunderstood what I did.

That would make it a flawed act of journalism, a failure to communicate.

Guzman was captured by Mexican marines the day after the Rolling Stone article appeared online.

Mexico’s attorney general said Guzman’s capture was aided by tracking Penn and others involved in his jungle encounter with Guzman. Penn said he believed the Mexican government released that information to blame him and put him at risk. But Penn said he is not fearful for his life.

“El Chapo” means “shorty” in Spanish — not a very fearsome nickname for a man described as responsible for thousands of deaths in the drug wars. But then, maybe something is lost in the translation. He is a scary man, worthy of some experiential journalism.